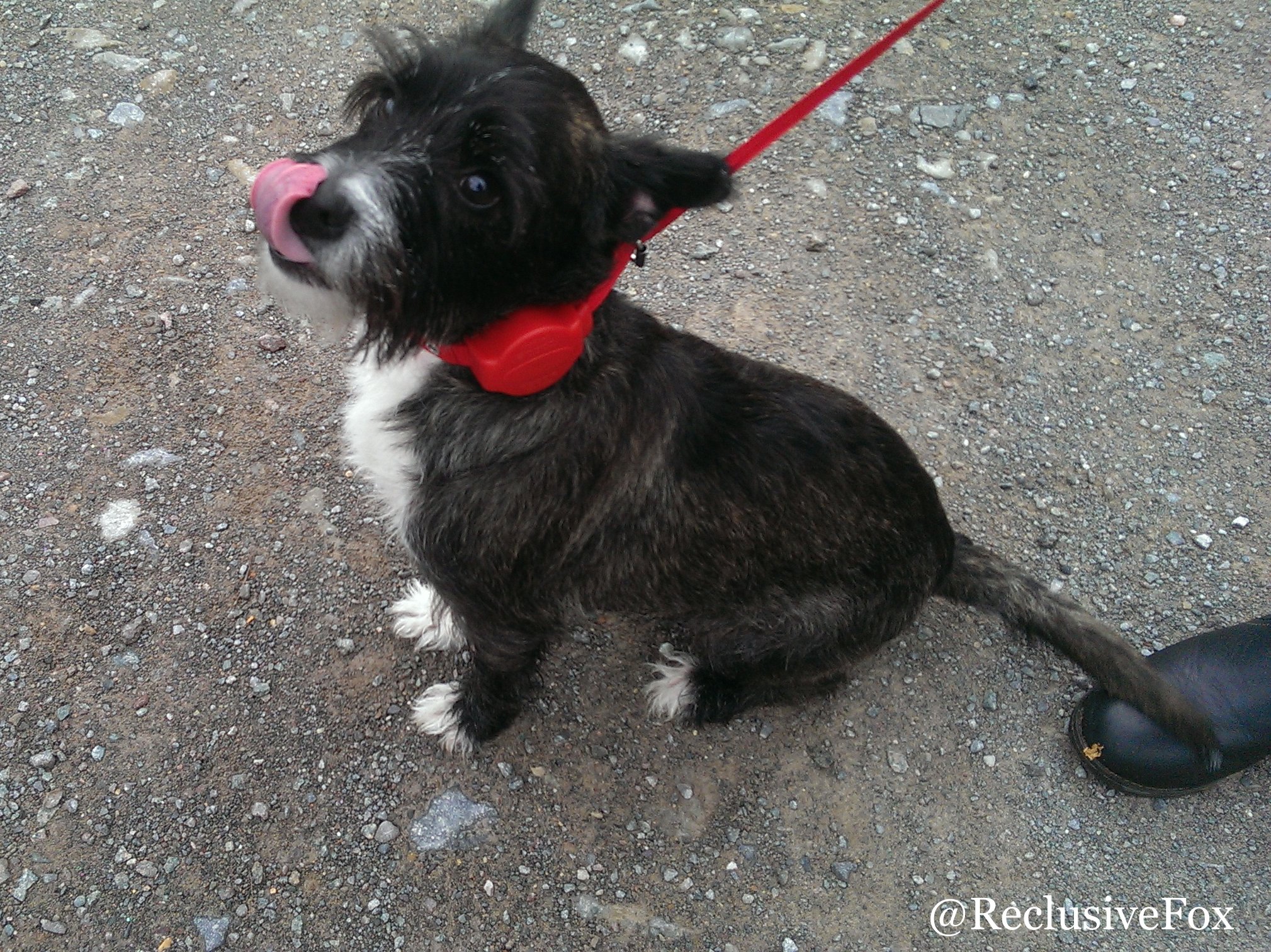 Booker looking comfortable in his Doddle for Dog collar

Booker has been trying out a really cool little gadget. He was sent a bright read collar to try out, but this isn’t just any old dog collar, oh no! It’s a Doddle. The Doddle collar has an built in lead and it has left me wondering why has this never been done before?

We’ve been using it for about a week and a half now and it has replaced his old dog collar fully. My initial thoughts upon opening the box were a little dubious. I thought that the casing that hides the lead when not in use might be a little large. I put it on Booker and for about a minute he did seem to find it uncomfortable, and for those few seconds I thought my doubts were justified. However, after the first minute or so was over he seemed to forget about it. He eats in it, sleeps in it and walks in it without any problem at all and for me it’s super convenient.

Booker is a small dog and he can escape out of the smallest of gaps in the garden. This means I am unable to leave him unattended outside. To overcome this I usually take him out several times a day for a bathroom break in-between walks and on nice days I do tie him up to a peg in the middle of the lawn so he can run around, lie in the shade or simply roll about in the grass. Before we had the Doddle this meant crouching down to hold his dog collar before opening the door and while walking to and from the lawn. Sure it was doable, but now I have the Doddle I simply pull on the lead, it comes out and I am able to guide him without worrying about my dressing gown blowing open and scaring the neighbours! 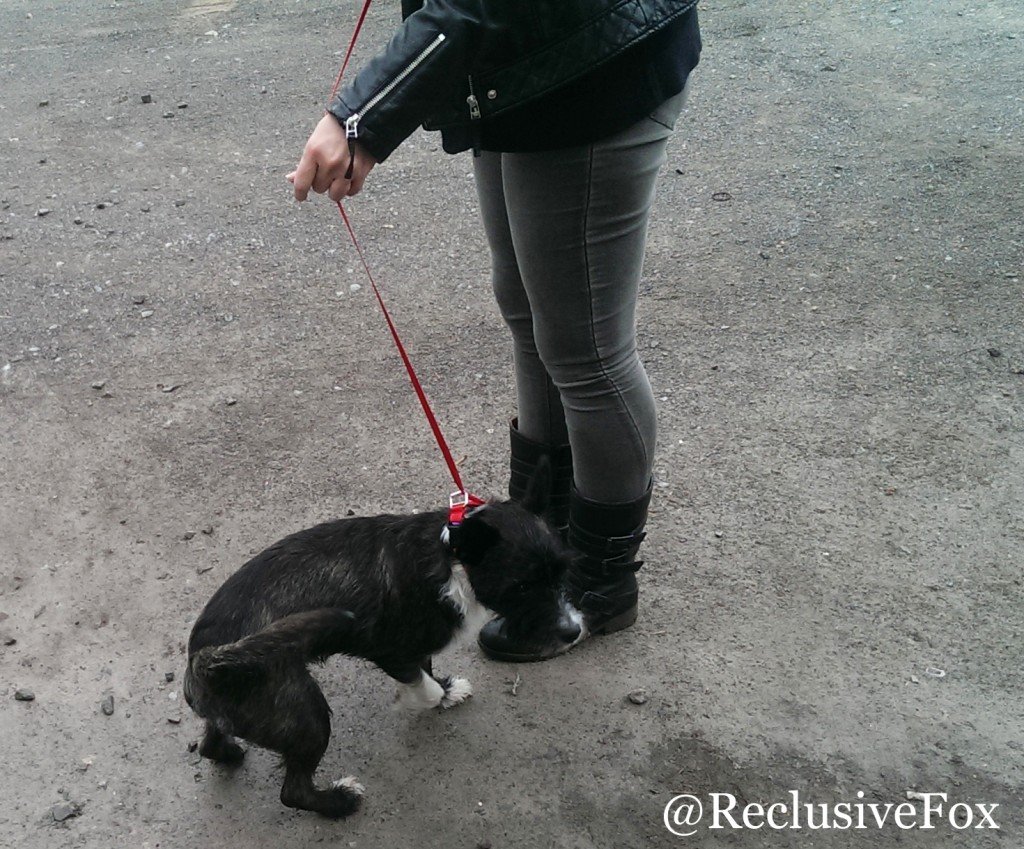 The lead is easy to use. It has a small tag at the top that you simply pull gently on. The lead then comes out and you put your hand through the handle and walk as usual. Once you’ve finished with the lead it retracts into the dog collar. It’s brilliant!

I think this is an excellent gadget for any dogs but especially for troublesome dogs or puppies. When we first got our kittens we had to keep Booker on a lead until they were properly introduced so he didn’t eat them or hurt them when he got over excited. The Doddle would have been so helpful for that period. Same with training sessions, especially when guests knocked at the door.

I highly recommend the Doddle, which retails for £24.99, and so does Booker.

Review by Life in a breakdown