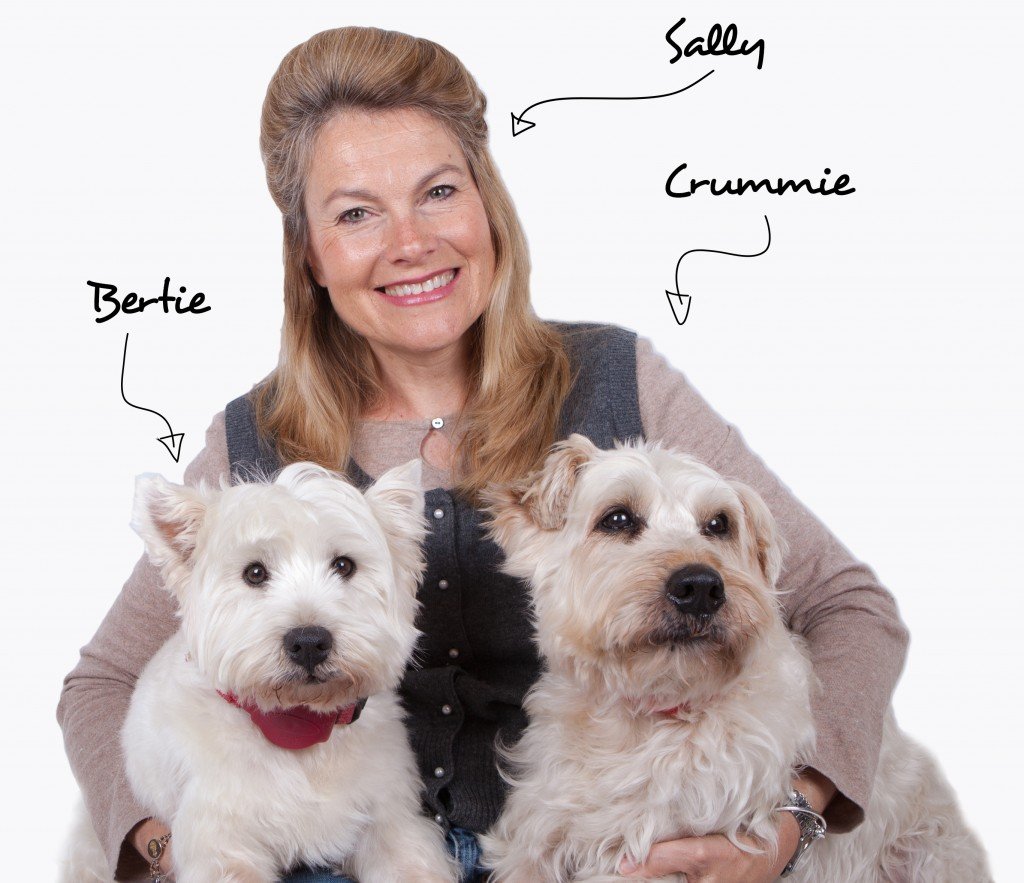 The idea for Doddle for Dogs came to me when I had 3 dogs, Bianca, Farah and Crummie. The first problem was clipping the leads on. With Crummie being a long haired Wheaten Terrier, it was particularly awkward to find the ‘D’ ring hidden in his shaggy coat and then get the lead on.

Once we were out on a walk, I found it a pest to have to keep struggling to clip their leads on and off as we came across various “hazards”. Leads on for a road and off for the countryside. On for a sheep filled field and off for the woods. On for town and off for home. Off to get into the car and quickly on before getting out. On for the park and….well, you know the problem.

I had used flexible extending leads but did not like having to carry a heavy handle while the dogs were running free. Especially since I had three to carry! My idea was to make a lead that didn’t have a fiddly clip on the end. A dog lead which was retractable so I wouldn’t have to keep stopping to clip it on and off.

I quickly realised that this concept would be so helpful for people who have difficulty using the clip. It became my passion to invent a lead without a clip. One that couldn’t be lost or dropped or misplaced or hidden in the welly boot or wherever.

I discovered that always having the lead on the dog appealed to a whole host of dog lovers who realised that their daily walks could be made much easier and more enjoyable. Whether you are striding out across the fields, taking a stroll in a park, ambling through the woods or walking along the beach. For dog owners everywhere, Doddle for Dogs offers many benefits. And, especially for people like my mother who has to use a walking stick, now taking “Proudy” for a walk, is a ‘Doddle’!

Having the idea was the easy part! Development was made more complicated by my insistence that a looped handle was a critical element in keeping control of the dog. In a situation when your dog suddenly tries to run off, maintaining control is crucial. And, with a loop handle, the dog can’t break your grip.

We’ve been carrying out field tests on a range of prototypes for over 3 1/2 years and the Doddles have always performed as expected. Doddle for Dogs is a combination of a collar and built-in, retracting lead that does everything a normal length lead would do – without any hassle. In other words – walkies is a Doddle.

I have made the journey from working in investment banking to running my own successful interior design business to becoming an inventor and entrepreneur. I have 2 business degrees from Macquarie University in Australia and returned to live in the UK some years ago. I have grown up with dogs all my life and became the proud owner of my first dog Bianca in 1991. That makes 22 years of dog walking so far! I now have 2 ‘volunteer’ testers, Crummie and Bertie. I approached the product development company BlueMT with my idea and they have transformed it into reality. We have had a lot of fun and worked hard to bring you a unique collar which is simple, safe and easy to use.

Simon has over 10 years experience in the design industry having studied Product and Furniture design at DeMontfort University. Since being with BlueMT he has designed and design-managed over 350 projects as well as building the current design team. In his role as Head of Product Design, Simon oversees, manages and directs all the BlueMT design projects. He liaises closely with clients throughout their projects to ensure that their vision is fully developed and realised. More often than not, to a greater standard than they first imagined. Over the years Simon has also grown up with many dogs in his life, putting this experience to good use whilst developing Doddle for Dogs.